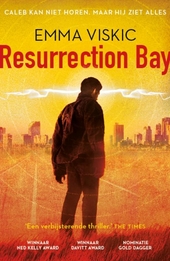 Emma Viskic is an Australian novelist and musician.

Viskic grew up near the Melbourne suburb of Frankston. Her father is from Dalmatia and her mother is Irish-Australian from Tasmania.